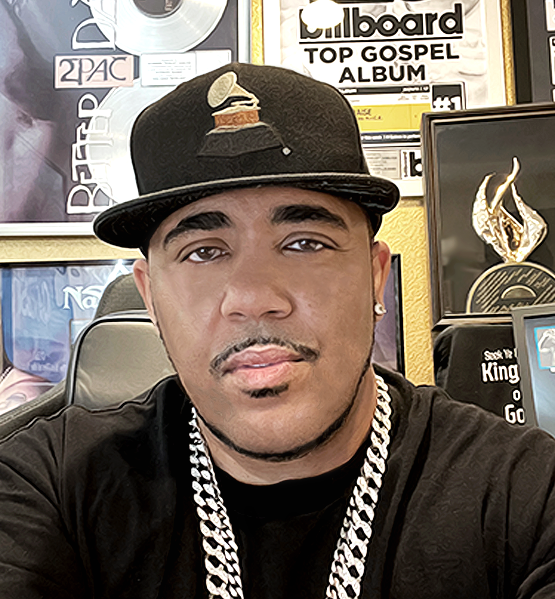 To evolve is to live in a constant state of learning, often chameleonic and with detours off the path you first set out to conquer. Aulsondro “Novelist” Hamilton p/k/a “Emcee N.I.C.E.”, a veteran Christian Hip Hop artist, producer, writer, actor and all-around creative, has been climbing a long and winding ladder of musical leadership that’s included collaborations with rap icons NAS and 2Pac (posthumously), collaborations with Gospel Giants Fred Hammond, Bishop Cortez Vaughn, Co-signed by Richard Smallwood, a song on the soundtrack Academy Award-winning film “Crash,”, NBA theme song, an animated music series “Da Jammies”,  a cover of a Prince song, enthusiastically approved by The Artist himself a Stellar Award Winner, gospel music’s highest honor and winning 7 Spin Awards in Gospel for Radio that also includes “Voice of the Year” and “Internet Radio Personality of the Year”. Yet all along the impact N.I.C.E. has been grinding hardest to achieve, is one as a man with uplifting messages of love, optimism and Christian inspiration tailor made to change the lives of urban youth that need them the most. N.I.C.E.’s path has triumphantly led to the independent chart-topping success of his 1st single “I Got Angels” and debut album, PRAISE – faith-fortified message music bonded with the street heat of urban pop’s hottest hits and, most importantly, powerful metaphorical lyrics kicked by a wise young brother who has lived, strived and studied that of which he speaks. Plus, as an author as well as co-creator of the urban animated series “Da Jammies,” the first black animated music series for kids on Netflix and is now on xFinity Comcast, Amazon Prime, Roku, Apple TV and Hulu, N.I.C.E. knows no creative limits. As he became the first Christian Hip Hop Artist to win a Stellar Award for Radio as Curator for “God’s House of Hip Hop Radio” powered by Dash Radio.

“When I was early in my career and earlier in his career, I was blessed to meet and work with a young Novelist. Years later I am inspired by his hustle, drive and success.”

“I have never met a guy like Emcee N.I.C.E. who can do it all, this guy can produce, write, rap, market, promote, he is a one stop shop, when I needed anything musically before speaking to Jimmy Iovine, I would call him to get his opinion, I LOVE IT!”

“Aulsondro (Novelist) Hamilton: A true industry protege who is accomplishing his goals and aspirations far beyond the pale. He's an entrepreneur, a teacher, a leader and is inspiring in all aspects of entertainment. Live up and stay up.”

“Novelist is a guy that has always been ahead of his time and definitely has a wealth of knowledge. When it comes to the music business he is accomplished and a master writer, producer, recording artist, and advocate for creator rights and education.”